Skip to content
Diary of an 8-Bit Warrior: Quest Mode 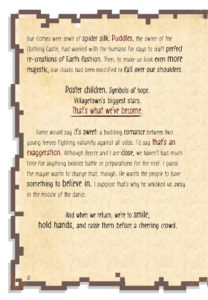 Minecraft meets Diary of a Wimpy Kid in book 5 of the very popular 8-Bit Warrior series of the journal of a young Minecraft villager who dares to dream of becoming a Minecraft warrior!

THESE ARE THE REAL BOOKS BY CUBE KID! DIARY OF AN 8-BIT WARRIOR: QUEST MODE WAS ORIGINALLY PUBLISHED AS WIMPY VILLAGER KINDLES 13 & 14.

In the fifth in this series of five unofficial Minecraft adventure books, everyone’s favorite 12-year-old villager-turned-warrior is back this time to use his warrior training on a new quest.

There’s no time to enjoy his newfound stardom. To save Villagetown, Runt embarks on a perilous quest far beyond the safety of the wall. Between bizarre towns, terrifying dungeons, and epic boss battles, Runt must summon the hero within and say “so long” to the noob!