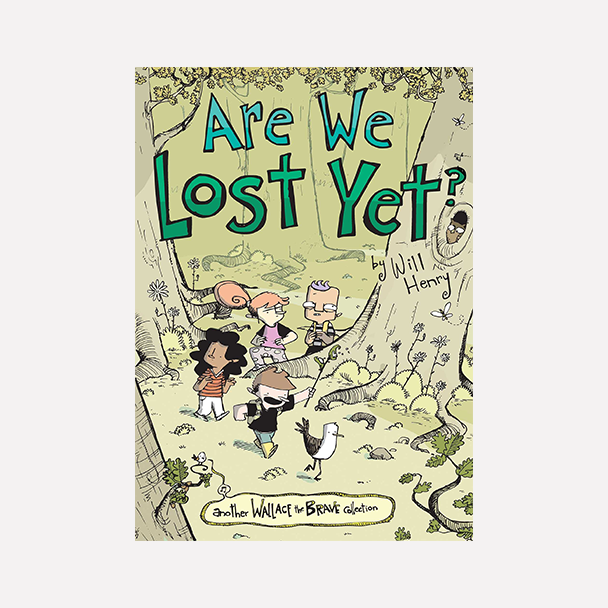 Are We Lost Yet?

Another Wallace the Brave Collection Get ready to meet new friends in Book 4 of the beautifully illustrated escapades of Wallace the Brave. Readers will be delighted with tales of friendship, discovery, and adventure.

Book 4 in the wonderfully imaginative Wallace The Brave series introduces an expanded and more diverse cast, including the dynamic, fan-favorite Rose, who gives Wallace a run for his money in kickball competitions, aquatic explorations, and other adventures. Together with Rose, Spud, Amelia, and the rest of their friends, Wallace enjoys a lifestyle of mischief, exploration, (and yes, school) that will thrill middle-grade readers while reminding their parents of the carefree, nostalgic appeal of Calvin & Hobbes and other classic comics.

Will Henry is the creator behind Wallace the Brave, which earned the National Cartoonist Society’s Newspaper Comic Strip of the Year award in only its second full year of syndication. Will draws his inspiration from everyday life, and in the age of the smartphone, he aims to re-create a world in which kids still collect bugs and fly kites and eat ice cream cones upside-down. He lives in Jamestown, Rhode Island, with his wife, two children, his cat, and his mistress, the sea. Are We Lost Yet?: Bubble Bonanza

Okey doke! Let’s have some fun with dish soap and water. These two simple items create a fun-filled day full of bubbles and giggles. Get poppin’ with your own bubble bonanza just like Wallace and his friends.

Are We Lost Yet?: Boredom Busters

Explore more of Wallace’s world with these boredom busters!